To have the optimal experience while using this site, you will need to update your browser. You may want to try one of the following alternatives:

How Sprinkler Systems work to put out fires in commercial buildings. 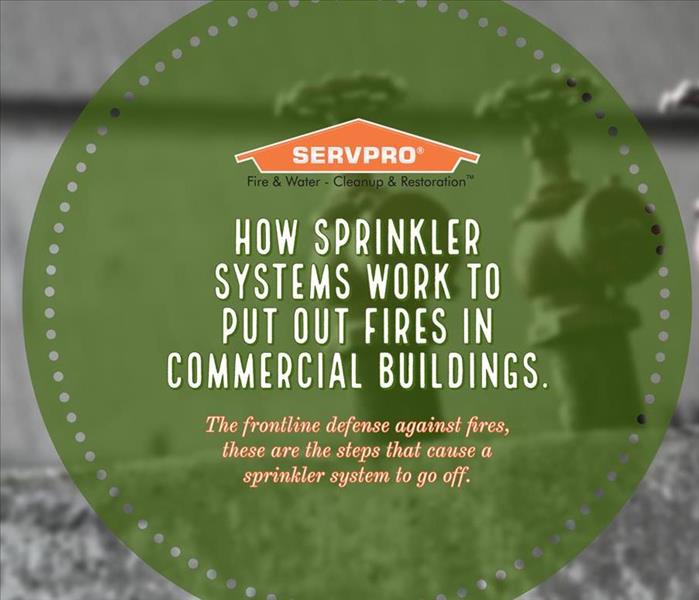 A staple of modern fire prevention, sprinkler systems are a modern marvel when it comes to protecting buildings, their assets, and the people who live and work inside of them. Sprinkler systems are highly sophisticated and have saved countless lives and properties since their implementation in the early 1800s. Below are the three main steps that set off a sprinkler system.

1. A sprinkler head turns on when it detects high temperatures. Fire sprinklers turn on when high heat triggers the system rather than being activated by smoke. Hot air rises during a fire and spreads across the ceiling until it reaches a sprinkler head and activates the fire suppression system. Many sprinkler head designs feature a glass bulb filled with a glycerin-based liquid that expands when it comes into contact with air between 135 and 165-degrees Fahrenheit. The liquid shatters the glass container when the surrounding air reaches temperatures in this range, activating the sprinkler head.

2. Sprinkler heads dispense pressurized water from the pipe system. Each fire sprinkler head is attached to a pipe that brings in water. When a sprinkler head becomes activated, a valve connected to the head opens and sends water out through the sprinkler head to douse the fire. Water pressure is important, as it causes water to spray out over a larger area.